Home / Newsroom / Premature Menopause at Age 31 Led This Pennsylvania Couple to Embryo Donation, Fulfilling their Dreams of Starting a Family

Premature Menopause at Age 31 Led This Pennsylvania Couple to Embryo Donation, Fulfilling their Dreams of Starting a Family

Mechanicsburg, PA – Amy Almquist of Mechanicsville, PA, discovered at age 31 during a routine OB/GYN appointment that she was experiencing early menopause, also called premature ovarian failure, and was given a 5% chance of conceiving a child on her own. This news devastated Amy, who was single, and the timing couldn’t be worse, as it was just 2 months before Amy met the man she would eventually marry.

“As you can imagine, this was a difficult diagnosis to comprehend and accept at the age of 31. It was devastating to think that I couldn’t have kids on my own, and as a single woman, the thought of breaking the news to a future partner already filled my mind with anxiety and questions. How long would I have to wait before telling this person? What would I even say? How would he react?” shared Amy.

Most commonly, menopause, which is the period of a woman’s life after she stops menstruating, marking the end of her reproductive capacity, occurs between the ages of 42 and 56. Premature ovarian failure during which menopause occurs before the age of 40, however, is a relatively rare condition, affecting about 1 to 3 percent of women. Women who experience early menopause usually have a depleted egg supply in their ovaries for a reason that is often unknown with few, if any, warning signs.

“While the definitive cause is generally unknown, there are a number of scenarios where we see early menopause happen more often. If a woman has been exposed to certain medications or medical treatments, such as chemotherapy or radiation therapy, this can damage or destroy the ovaries. Other probable causes include autoimmune diseases. A family history of early menopause can also play a role as some genetic conditions lead to premature failure of the ovaries,” said Lauren Roth, M.D., Amy’s reproductive endocrinologist who sees patients in SGF’s Frederick, Silver Spring, and Rockville locations.

“There are effective treatments that can help a couple affected still achieve a family,” adds Roth.

“As I began processing the news, I met my future husband, Marcus. Overwhelmed and unsure, I sought the advice of my mother on how to best handle the situation. She simply replied that any man that’s worthy of being with me will react with a ‘we will get through it’ attitude. I decided to tell Marcus early on in our relationship and he couldn’t have been more supportive and understanding. I believe he said verbatim what my mom predicted he would say. Without any hesitation or worry, he put my mind at ease,” added Amy.

“I always encourage women to start the conversation with their female family members—their mom, grandmas, aunts, great aunts—and ask if they experienced early menopause themselves. It’s important to open up and share, as it can lead to younger women taking steps to test their ovarian reserve and take action if the need arises,” adds Roth.

“I had heard of embryo donation before but thought it would be too expensive. We explored egg donation as well, because at the time, it seemed important for our future child to be genetically related to at least one of us. One day, Marcus had a revelation. ‘If our child can’t be genetically both of ours, I don’t want him or her to be either of ours.’ We were in agreement and decided to move forward with an agency. After a horrible experience, we cut ties and began investigating other ways we could make our dream of parenthood come true,” adds Amy.

On the basis of a friend’s recommendation, Amy and Marcus decided to attend a Shady Grove Fertility (SGF) patient seminar hosted by Dr. Roth and learned more about their treatment options, including embryo donation. “Dr. Roth couldn’t have been nicer and more encouraging from the very start,” shared Amy.

“Embryo donation is one of our fastest growing programs at SGF, especially as the efficiency of our IVF cycles continues to increase. Given the strides we’ve made on the technology front resulting in pregnancy rates using frozen embryos comparable or even better to using fresh embryos, it’s no longer uncommon within our practice for couples to build their entire family from one fresh cycle. This saves tremendous time and money. The added benefit, more and more couples who have completed building their family are left with remaining embryos that are available to donate, which is a unique and cost-effective family building alternative for other infertile couples,” adds Roth.

After one failed cycle with a single embryo donor, the couple decided to focus on their faith as well as choose a donor who had two embryos, in hopes of not having to select an embryo donor again, and ideally in hopes of an eventual genetic sibling.

Amy and Marcus’ dreams of starting their family came true on March 13 when they welcomed a healthy baby girl, Charlotte Elizabeth. “I imagine going through donation is one of the biggest decisions a couple can make. The idea of thinking about another individual or couple raising your child has to be one of the most challenging concepts to work through. We are just so thankful for the donors and the difficult decision they made so we can build our family. This is such a sacrificial gift to families like ours. We could never say thank you enough for this generous gift!” shared Amy.

As for Amy’s advice to other patients, “SGF has so many resources available to you that I highly suggest taking advantage of: seminars, support groups, blogs, etc. Not to mention the amazing staff who helped us every step of the way. There is always hope. I know this is commonly said, but it’s absolutely true. It’s hard to see it when you’re right in the middle of it. Don’t give up.”

For Shady Grove Fertility patients who are interested in donating their embryos through SGF’s Donor Embryo Program, or for anyone wishing to learn more about SGF’s Embryo Donation Program, please contact Alethia Woodley, SGF’s Donor Embryo Coordinator, by phone 301-545-1230 or by email [email protected] 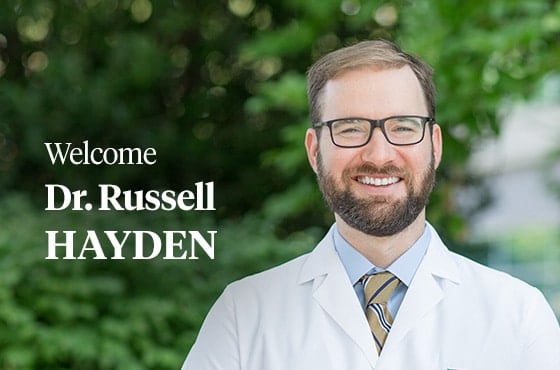 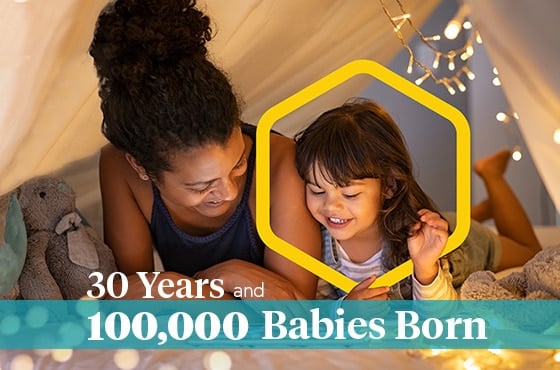