Home / Can I Have Sex During Fertility Treatment?

Can I Have Sex During Fertility Treatment? 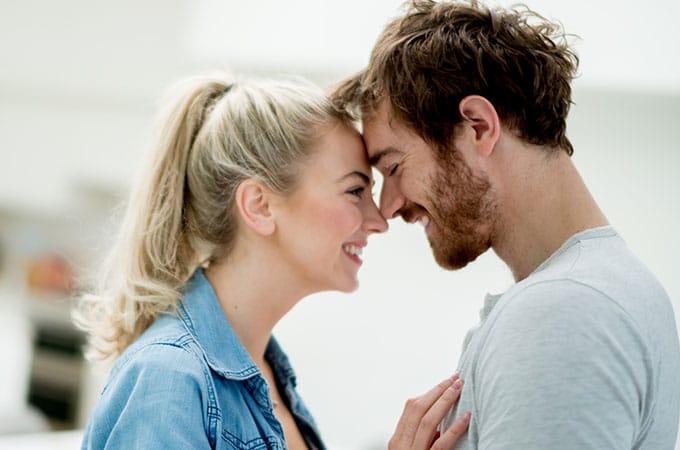 When Dr. Cassandra Roeca is asked by patients whether they can have sex during fertility treatment, her answer to them is simple: “Listen to your body.” Cassandra Roeca, M.D., is board certified in obstetrics and gynecology and board eligible in reproductive endocrinology and infertility. Dr. Roeca is passionate about fertility preservation in patients with cancer or medical diagnoses that place them at risk of infertility. She sees patients at SGF’s Denver, Colorado office.

“It is usually safe to have sexual intercourse during ovarian stimulation, but many women who are using injectable medication for IUI or IVF may experience enlarged ovaries, which might make intercourse uncomfortable. With enlarged ovaries and during IVF there may be increased risk for ovarian torsion or ectopic pregnancy, and there are several instances where intercourse and ejaculation are not recommended to increases the chances of success,” explains Dr. Roeca.

Having a semen analysis? Abstain for optimal sample

Generally, a semen sample is collected for one of two reason: to test the semen quality or to be prepared and used in an insemination when undergoing either IUI, IVF or donor egg treatment. When the male partner is asked to produce a sample for a semen analysis, Dr. Roeca recommends that the man abstain from any form of ejaculation for the two to five days prior to ensure a complete and reliable sample. She goes on to explain, “There can be some negative effects to abstaining for longer periods than the recommended time. Some patients go overboard and abstain for a lot longer than five days because they’re thinking it will result in a build-up of new sperm cells. The truth is that too much time between ejaculations is actually counterproductive.”

With the exception of cycles calling for timed intercourse or donor sperm, all treatment plans, including IUI, IVF, or donor egg treatment, will require the collection of a semen sample to be used for insemination. It is suggested to abstain from ejaculation the day prior to the insemination. If the couple has intercourse too soon, then the volume of ejaculate and the sperm counts may be compromised, leading to a suboptimal sample for the IUI, but more on that to come.

One of the most basic forms of treatment offered at Shady Grove Fertility is a monitored Clomid cycle with timed intercourse. During this treatment the female patient takes an oral medication called Clomid aimed to induce ovulation. The cycle is monitored to ensure that a follicle develops and is released from the ovaries through ovulation. Once ovulation occurs the couple is instructed to have intercourse at home. Dr. Roeca says, “During any cycle it is not unusual to experience some minor bleeding as a result of intercourse due to the highly vascular tissues of the female reproductive system.” This change in the female’s reproductive system is a result of hormonal stimulation and high estrogen levels caused by the production of multiple follicles. She goes on to explain, “If a patient experiences pain with the bleeding, we would recommend refraining from intercourse.” Patients should discuss with their physician if bleeding with intercourse persists.

If a couple is undergoing IUI treatment, there are generally few restrictions when it comes to intercourse. The only instance where intercourse is strongly discouraged is the day following the “trigger shot.” The trigger shot allows eggs to reach final maturity and then be ovulated into the fallopian tubes. We generally encourage couples to have intercourse the night of the trigger shot. This ensures a supply of sperm in the fallopian tubes to meet the egg upon ovulation.

Abstinence from intercourse or ejaculation is suggested on the day between the trigger shot and the IUI or the day of the trigger shot if the IUI is planned for the next day. This break allows the sperm count to reaccumulate in order to produce a good sample for the IUI, which is usually scheduled approximately 36 hours after the trigger shot is given.

Intercourse is, however, suggested the evening following the IUI. Dr. Roeca says, “This not only provides the couple time to be intimate, but it also may help increase the chances of fertilization by adding to the sperm that had been introduced during the insemination.” Again, refraining from intercourse is suggested if the patient experiences pain during sex.

During some medicated IUI cycles, the female partner may produce too many follicles creating a concern that she potentially may ovulate too many eggs. This would place the couple at too great of a risk for a multiple pregnancy or higher order multiple pregnancy (triplets or higher) which is an unacceptable risk due to the complications to both mother and babies. When this occurs, the cycle is stopped and patients are asked to abstain from intercourse.

To watch our On-Demand Webinar on Low-Tech, click here. During this free, on-demand event, viewers will learn more about who is a good candidate for low-tech treatment, how ovulation induction (OI) and intrauterine insemination (IUI) work, and the success rates associated with these treatment options.

Sex during in vitro fertilization (IVF)

Sex during the early stimulation phase of an IVF cycle is acceptable as long as the couple is using a form of barrier contraceptive, such as a condom. In the event ovulation was to occur unexpectedly, especially from multiple follicles, we want to avoid the possibility of multiple pregnancy.

Later in stimulation the ovaries may start to significantly enlarge due to the growth of many follicles. “As patients get closer, we tell them to avoid intercourse because the ovaries are very enlarged and cystic and we are concerned that intercourse could lead to rupture of a cyst on the enlarged ovaries or a twisting of the ovary on its blood supply, called ovarian torsion. This is extremely rare but abstaining from sex can help to avoid these types of complications,” explains Dr. Roeca.

Intercourse is discouraged following an embryo transfer during an IVF, FET, or donor egg cycle. This “pelvic rest” is recommended anywhere from five to seven days after transfer – when a pregnancy test can be reliably administered. This rest gives the embryo optimal time to implant into the uterine wall. Most IVF patients can resume normal sexual activity a week or two after their embryo transfer, but always check with your doctor or nurse prior.

Encouraging intimacy during treatment: what does intimacy really mean?

We often associate intimacy with sex, and while sex can be a way to achieve intimacy, it is not the only way. Rather, intimacy creates a sense of closeness, togetherness, and an emotional connection. People often express and receive intimacy in different ways. For couples, intimacy can encompass many different actions and moments, built over time through work and open discussion.

Whether through words or actions, intimacy involves a level of love, appreciation, and communication between partners. Sex, love, and intimacy are three different terms, and each can be expressed in different ways. How people connect goes beyond gender and becomes about personality.

Dr. Roeca heartily encourages patients not to lose sight of their relationship’s need for intimacy during fertility treatment. She adds that intercourse is a normal part of a couple’s relationship and that you shouldn’t be embarrassed to talk with your physician about having sex during a fertility treatment cycle.

“It’s stressful enough to go through infertility and then make the choice to enter treatment. I don’t want my patients to totally sacrifice their relationship,” she says. “I tell them that they should not lose sight of the need to focus on their relationship and their lives—it’s easy to lose sight of everything in your life and let this consume your every thought. Many marriages and relationships can suffer—maintaining intimacy and communication is key.”

Editor’s Note: This post was originally published in August 2015 and has been updated for accuracy and comprehensiveness as of August 2021.

Shady Grove Fertility’s team of dedicated New Patient Liaisons are available to answer your questions and schedule a consultation with a physician.Call 877-971-7755 or click to schedule an appointment. 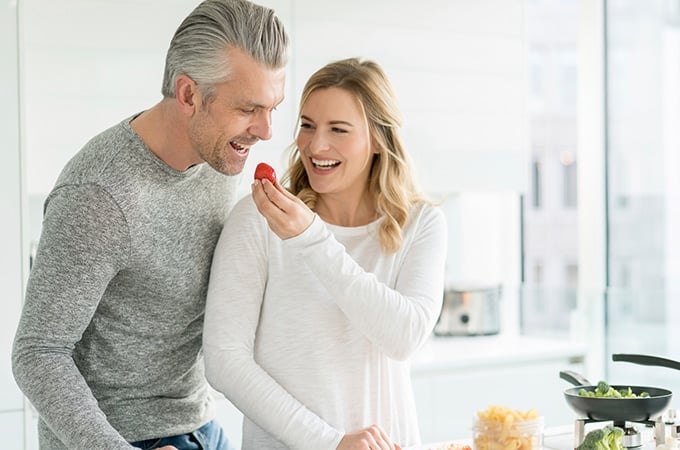 Supporting Your Male Partner through Infertility

Talking to Your Spouse

Enhancing Your Relationship During Infertility 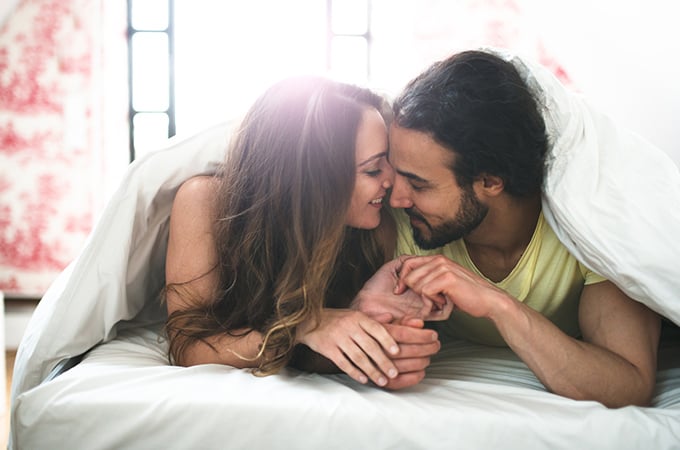 How often should I have sex ...