Vitamins for Fertility and Healthy Pregnancy 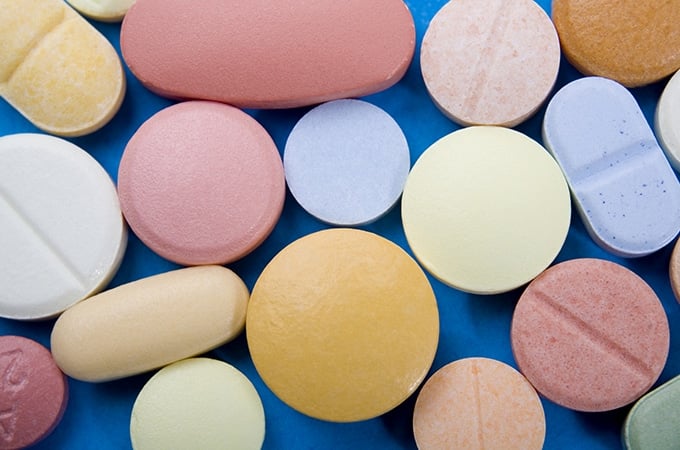 Can vitamins improve your fertility or result in a healthier pregnancy? That is a question physicians and researchers alike have been asking themselves for years.  Most studies aimed at finding a link between vitamin levels and fertility have come up inconclusive or contradictory to previous findings. This lack of insight and knowledge can be discouraging to men and women looking for more natural ways to help improve their fertility.

While several recent studies focusing on vitamins are beginning to uncover positive correlations between vitamins and fertility we still do not definitively know the full extent each vitamin may have on improving or hindering fertility and pregnancy. With continued research we hope to find more concrete links so that answers may be provided. While the jury is still out on the impact of vitamins, here is a review of what we believe to potentially be the most promising vitamins for fertility.

Dehydroepiandrosterone (DHEA) is a steroid hormone produced by the adrenal glands. Once in the body it is converted to androgens, like testosterone. These hormones have been found to be important for sexual and reproductive function and energy levels. DHEA levels are found to increase in women until their mid to late 20s and then slowly begin to decline. Beyond age, the use of certain medications like insulin and corticosteroids can also cause DHEA levels to diminish.

What We Know About DHEA and Fertility

Over the past several years, studies have emerged examining the role of DHEA in fertility. In 2011, one such study suggested that low androgen levels were detrimental to a woman’s fertility, and higher androgen levels were beneficial to the development of eggs. Other research has found eggs that mature in a higher androgen environment develop into better quality eggs compared to those that mature in an androgen-deficient environment, supporting the findings in the 2011 DHEA study.

These study findings have resulted in further ongoing investigations into using DHEA to treat women with diminished ovarian reserve (DOR), which can occur either through premature ovarian aging or simply through female aging. Conflicting research findings and low study participants are leaving researchers questioning a true link between DHEA and improved fertility which is resulting in continued research and investigation.

Coenzyme Q10 (CoQ10) is a vitamin-like supplement that is suggested to enhance both male and female fertility. Found in every cell of the body, CoQ10 is a part of the electron transport chain which is responsible for generating energy in our cells. Functioning as an antioxidant, it decreases the damaging effects of free radicals on the reproductive system.

It is believed that as we age, our naturally occurring levels of CoQ10 diminish. As a result, the processes that require high energy, such as those associated with fertilization and embryo development, are unable to work as hard – resulting in a lower efficiency within those systems. With less energy available for the “machinery” of the dividing cells, more errors can be made in the division of genetic information, leading to a higher rate of genetically abnormal embryos.

What We Know About CoQ10 and Fertility

There has been considerable research into the effects of CoQ10 on overall sperm health and egg quality. One study suggested that men using a CoQ10 supplement experienced a significant increase in sperm motility. In another study, men supplementing with CoQ10 daily showed increases in both sperm count and morphology1. Although CoQ10 may improve the semen analysis, an increase in pregnancy rates has not been seen.

A recent promising study2 in mice found an improvement in the egg quality later in their reproductive years suggesting that supplementation of CoQ10 may be able to help overcome the natural decline of a woman’s fertility as she ages. To date there has been no studies completed on the impact of CoQ10 in a woman’s fertility. Further research with women will help to determine if the same impacts can hold true in women of an advanced reproductive age.

Vitamins for a Healthy Pregnancy

It is suggested that women undergoing fertility treatment also take a regiment of vitamins that would be expected of a pregnant woman. The early days and weeks of pregnancy can be very influential of the entire pregnancy, so preparing the body to support the healthy growth of a baby is important.

What is Folic Acid?

Folic acid is a part of the B complex of vitamins. It is essential for many processes within the body including nerve function, the health of red blood cells, and the correct formation of DNA within each cell in the body which allows for normal cell replication.

What We Know About Folic Acid and Pregnancy

DHA is an omega-3 fatty acid commonly found in fish oil. It is a major fatty acid in the brain, sperm, and eye.

What We Know About DHA and Pregnancy

Dietary supplementation with omega-3’s, including DHA, has increased in popularity in recent years. This has resulted in an increase in prenatal vitamins sold containing DHA. It has been suggested that DHA aids in brain development3 and may increase the length of gestation and birth weight. Like many studies looking to link supplements and benefits in fertility or pregnancy the data is conflicting with other studies not showing any benefit. While the studies are conflicting, it is theorized that DHA supplementation may be beneficial to the development of a baby’s brain while still in the womb.

What is Vitamin D?

Vitamin D is an important nutrient that enhances and helps to regulate the intestinal absorption of essential minerals including calcium, magnesium, phosphate and zinc.  Vitamin D levels are maintained through either dietary ingestion or through synthesis in the skin when exposed to sunlight.

Since vitamin D is the “sunshine” vitamin, it makes sense that there is a seasonal variation in vitamin D levels. In the winter, many men and women become deficient of Vitamin D  while in the summer levels are almost twice as high of that in the winter4. These variances result in a need for supplementation throughout the winter and fall when days are shorter and there is less exposure to sunlight.

What We Know About Vitamin D and Pregnancy

Vitamin D insufficiency and deficiency in women attempting to become pregnant and pregnant women has become of increasing concern.  However, the relationship between vitamin D status and pregnancy outcomes continues to be inconclusive and inconsistent.

Numerous potential associations have been reported between vitamin D deficiency and adverse fetal and maternal complications. Some studies suggest that low vitamin D levels may increase the risk of gestational diabetes, pre-eclampsia, preterm labor, cesarean section and low birth weight. However, other studies looking at the same issue has failed to show that women with low vitamin D are at increased risk. Severe maternal vitamin D deficiency has been associated with congenital rickets (low bone density) and bone fractures in the newborn.

While no absolute benefits have been identified studies do show that a normal level of vitamin D does lead to increased overall health. For that reason it is our suggestion for women with a low vitamin D level to take a supplement and ultimately maintain a normal level.

Chinese Herbs and Other Supplements

Studies reporting the use of complementary and alternative medicine report between 13.3 percent to as high as 87 percent of women use some sort of alternative medicine during pregnancy. Herbal supplements blue cohosh, pennyroyal, and red clover are often promoted as natural and therefore safe. Such claims attract women who are either pregnant or attempting pregnancy when, in reality, studies do not support these claims and have actually found detrimental side effects.

What We Know About Chinese Herbs

Women should be wary of herbal medicines that promise to increase fertility. Some herbs have been shown to weakly bind hormone receptors and may have harmful effects. Another concern with herbal supplements is the lack of regulations. Since they are seen as a food by the FDA the components are not monitored as closely as medications including vitamins. Inconsistencies from brand to brand and even batch to batch can hinder rather than help.

Until additional studies have been performed to identify which remedies are safe and effective when women are attempting pregnancy or during pregnancy, they should be avoided when pregnancy is possible.

The effect that vitamins have varies from person to person. Whether you are trying to conceive or looking for ways to promote a healthy pregnancy it is important to speak with your physician before starting a regiment of any vitamin or supplement.

Nutritional Supplements and Your Fertility