What is Three-Parent IVF? Three-parent in vitro fertilization (IVF) is a fertility technique that is intended to help women who are carriers of mitochondrial disease. Mitochondria are the energy-producing structures outside of a cell’s nucleus, and defects in them can result in degenerative diseases including muscular dystrophy, problems with the heart, kidneys, severe muscle weakness, epilepsy, and mental retardation. To prevent transmission of mitochondrial disease to a woman’s child, scientists have proposed three-parent IVF. According to Dr. Eric Levens of Shady Grove Fertility’s Annandale, VA office, “Three-parent IVF involves taking the nucleus of one egg and inserting it into another egg that had its nucleus removed, but still contains the mitochondrial DNA. This is followed by fertilization with sperm.” The resulting embryo will have nucleus DNA from its parents, but the mitochondrial DNA from the donor.

Where is Three-Parent IVF Practiced? The United Kingdom will be the first country in the world to allow this technique if the proposed law is passed by the House of Lords, now that the House of Commons passed the law, 382 to 128. In the United States, the Food and Drug Administration held a meeting last year to discuss three-parent IVF, but scientists said it was too soon to use this technique in humans.

How Many People will this Law Affect? According to ABC News, “Experts estimate only about a dozen British women would be considered for these techniques every year…clinics that offer the techniques will have to apply for a special license and any children born afterward will be closely monitored for potential health problems.” It has been estimated that the first baby born from three-parent IVF could be born within the next three years.

Why is Three-Parent IVF Controversial? Three-parent IVF represents ethical concerns for many that have yet to be answered. Questions are raised regarding parentage: will parents tell their child that a third parent was involved? Can the mitochondrial DNA from the third parent affect the child? A Wellcome Trust fact sheet states that “Nuclear DNA is not altered, and so mitochondrial donation will not affect the child’s appearance, personality or any other features that make a person unique…” On the opposing side though, the California-based Center for Genetics and Society sent an open letter to UK lawmakers stating that “the techniques will in fact put women and children at risk for severe complications…and set a policy precedent that experimentation on future generations is an acceptable biomedical/fertility development.”

Even if UK lawmakers officially pass this legislation, it will be several years before the full medical and ethical considerations of three-parent IVF can be determined.

For more information about fertility technology and treatment or to schedule an appointment, please contact a New Patient Liaison at 877-971-7755. 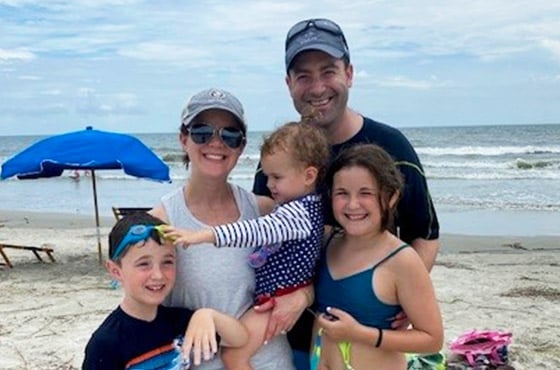 Connecting with patients: a personal IVF ...

Why Allyn Rose turned to IVF ...

The IVF Race: Credit for Completion