My husband Jordan and I met online and have been together for 9 years and married for 2. Our early dating days consisted of going to concerts, boating, crabbing, fishing, and wake boarding.  We are big water people and live right off the Magothy River. We are also dog lovers, and our two fur babies are our whole world. We are BIG on traveling and love going on adventures.

Years before we were ready to grow our family, my menstrual cycles became nonexistent. I shared my concerns with my OB/GYN. He dismissed them and told me that when I am ready to have children we can talk more and cross that bridge when I get there. He then shared that both his children were conceived through IVF so he “understands.” After that appointment, I switched practices. From then, I saw doctor after doctor, but no one could help me.

In 2020, Jordan and I were married, went on our dream honeymoon to Bora Bora, but then came back to the harsh reality of our journey to having a baby.

For a brief time, I ignored our reality of having to seek fertility assistance and thought it would just happen in its own time. Month after month and countless amounts of negative pregnancy tests later, we finally set up our consultation with Dr. Jeffrey McKeeby at SGF in Annapolis.

After our initial fertility workup, I was diagnosed with anovulation and unexplained infertility. I was crushed, again, but we finally had an answer, so that gave us hope. I started on another round of medication, hormones, and birth control. We did 3 rounds of medicated intrauterine inseminations (IUIs) that were not successful.

After each unsuccessful IUI, I was very emotional. I had a hard time being optimistic when we kept seeing negative after negative. It was hard for me to be hopeful at times during the process, especially after each failed round. Jordan is quite the opposite of me and is a very positive person. He kept me grounded during our treatments and tried his best to get me to think positively. Each new round was a fresh start for us so I went in open-minded and hopeful each time.

At first, it was hard to navigate this unknown world. I felt so alone, but the more I shared about my struggles and what we were going through, the more someone would reach out to share that they are going through or have gone through a very similar situation. The more I began to openly share about our fertility journey the more I began to realize how common infertility was and that opened up a whole new community for me. So many people that I know started to reach out and share their own fertility struggles and journey. Stepping out of my comfort zone and sharing my story opened up so many new friendships and this whole new community that has helped me tremendously while going through such a dark time in my life.

I had a gut feeling that the 4th round would be successful. I didn’t want to get my hopes up, but I just felt things that I didn’t the first 3 rounds. My beta fell on a Saturday — my 29th birthday — so it was scheduled for the following Monday.

The first 3 rounds of IUIs, I gave in and tested early before our beta and those negatives made me dread even having to go in for a beta when I already knew, so I tried to hold out on testing this 4th round as long as I could. But, after feeling those twinges and having a gut feeling … I tested 2 days before my birthday.

It was such a strong, dark, dye stealer.

It was so hard to believe when I saw it that I just stood there shocked and broke down. Jordan was working nights at the time, so I was at home alone with the pups on our bathroom floor. I’ve never cried so much before and have never wanted anything more. It was such an emotional moment. I couldn’t believe my eyes at first, so I texted a few of my close friends so they could confirm what I was seeing was real. I wanted to surprise Jordan and wanted to wait until I got the official yes from my beta results, but I lasted an hour before I called him at work.

Month after month, round after round, and even more negative after negative, we finally got our BIG FAT POSITIVE.

My pregnancy was an absolute dream. I never had morning sickness at all, let alone any other negative pregnancy symptoms. I had a few headaches here and there but for the most part, did not even feel or look pregnant during my whole pregnancy. I finally started to show around 30 weeks. Most people did not even know or could tell I was pregnant.

Wyatt ended up wanting to meet us earlier and arrived exactly on the day he turned 36 weeks. I cannot get over how amazingly easy this pregnancy was with Wyatt as well as labor, delivery, and postpartum. I can only hope the next is just as amazingly easy.

The first time I held Wyatt was so surreal. It was like I had a flashback to the last few years of struggle and it just vanished and we were now at our destination. I always used to roll my eyes and not believe anyone when they would tell us how the struggles that we are currently going through are for such a short moment of our lives even though they feel like an eternity and are SO hard to get through but it would all be worth it in the end. I felt that to the core when I held Wyatt for the first time.

Our journey was so dang hard, but it was so worth it and has molded us into better parents for him.

Infertility is hard. It was and is one of the hardest seasons that we have gone through as a couple. It broke us emotionally, physically, and mentally, but that season has also molded us into even stronger parents. Through this season I learned that you have to be your own advocate and fight for yourself. Never would I have imagined that I would be 1 in 8 struggling with infertility, but we are never given more than we can handle.

Thank you Dr. McKeeby, Loretta, Nurse Jackie, and Hope for helping us with our little blessing. You all took such good care of us during such a difficult time in our lives and we can never thank you enough. We can’t wait to work with you all when we are ready to grow our family again. 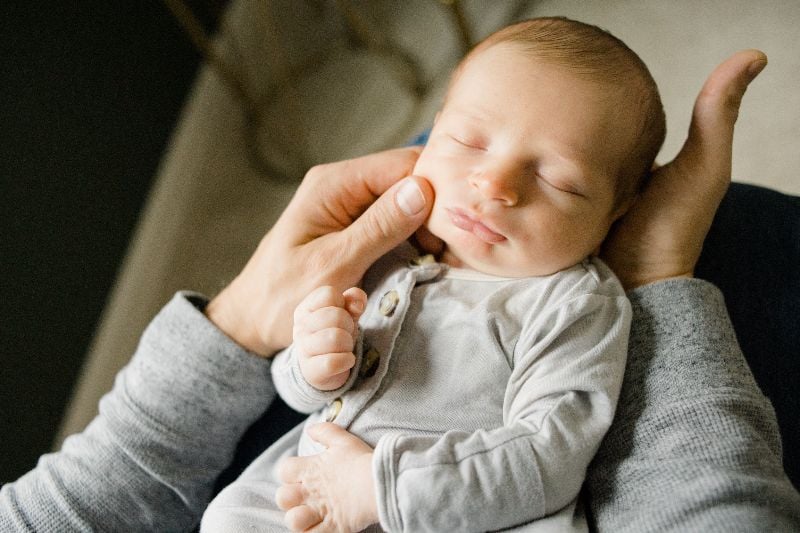 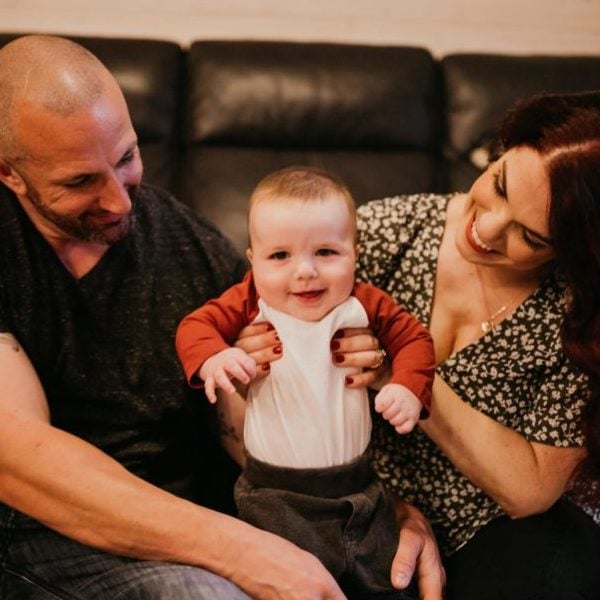