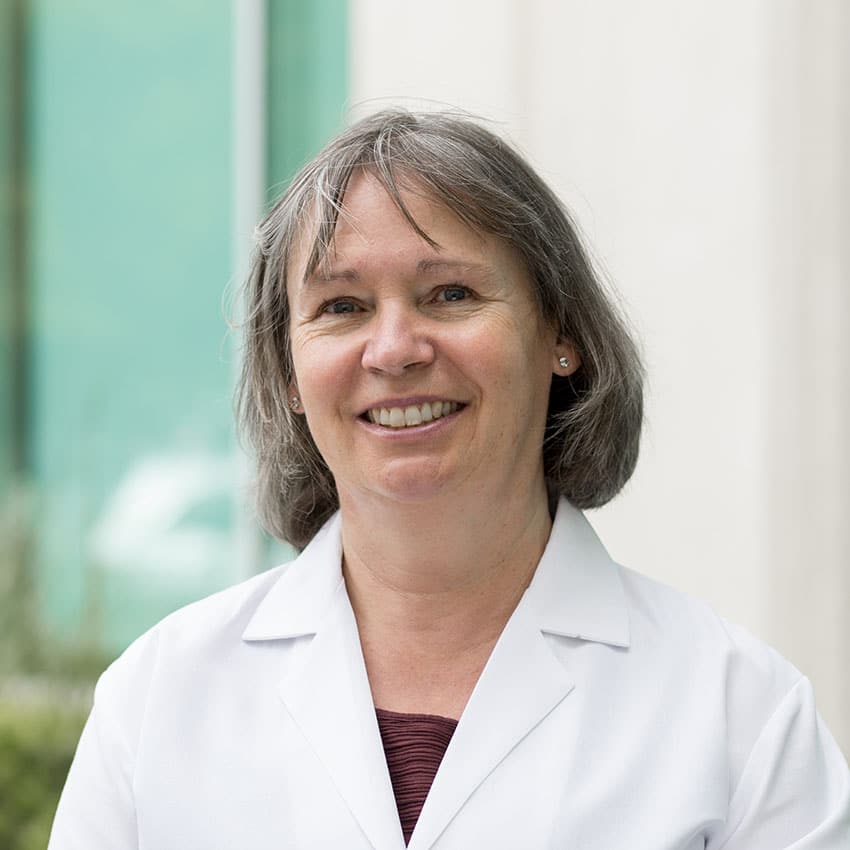 Although I am thrilled to have graduated from Shady Grove Fertility because I am pregnant, I can’t deny being just a little sad to leave the practice. That’s how good my experience was.

When there was bad news, Dr. Murray and team mourned with me. When the good news came, they were obviously almost as happy as me. I won’t miss IVF cycles but I will miss Shady Grove Fertility.

Shona Murray, M.D., is board certified in obstetrics and gynecology and board eligible in reproductive endocrinology and infertility (REI). She specializes in the diagnosis and treatment of infertility, including polycystic ovary syndrome (PCOS), anovulation, male factor infertility and tubal disease. Her treatment focus includes ovarian stimulation with or without intrauterine insemination (IUI), donor sperm and donor egg treatment for single women and same-sex couples, and in vitro fertilization (IVF) as indicated. Living in Colorado Springs, Dr. Murray particularly enjoys working with military families.

Dr. Murray is daughter to a pathologist father and Scottish midwife mother. Growing up in a medical household, she always knew she wanted to become a doctor, and it was during her residency’s REI rotation that she became hooked on the specialty.

A Scotland native turned Canadian, Dr. Murray earned her medical degree from Queen’s University in Kingston Ontario where she was awarded the Mylkes Medal for outstanding performance in Obstetrics and Gynecology. She remained at Queen’s University for her residency in obstetrics and gynecology where she became a Fellow of the Royal College of Surgeons of Canada. Dr. Murray then headed to the United States to pursue her fellowship in reproductive endocrinology and infertility at the University of Kentucky.

Upon completing her fellowship training, Dr. Murray joined the faculty at the University of Kentucky for nearly a decade, ultimately elevating her career there to Division Head, Reproductive Endocrinology Department of Obstetrics and Gynecology. In 2008, her next career move led her to the University of Colorado where she treated patients and taught REI students. Since her first recognition in 2011, Dr. Murray has been regularly featured as a Top Doc by Colorado Springs Style magazine.

I grew up in a medical household with my father being a pathologist and my Scottish mother being a trained midwife. I don’t remember ever not knowing that I wanted to be a doctor. My mother and her friends’ experiences drove my desire to be an OB/GYN. While I loved working on the labor hall, after my reproductive endocrinology and infertility (REI) rotation as a resident, I was hooked. My mentor during residency, Dr. Robert Reid, made REI the most fascinating specialty I could imagine. I love the intellectual challenges that come with REI but find the personal reward of helping a struggling couple conceive so much more rewarding. To this day, the absolute joy of being able to tell someone they are successfully pregnant is priceless.

The team who I work with constantly inspires me. It is such a joy to experience the office staff, nurses, lab personnel, embryology team, and my colleagues all working together to help our patients. Watching this amazing team make so many dreams come true is utterly amazing.

I always listen to my patients, both from what their words and clinical testing tell me, so we can find a treatment path that’s right for them. It’s important to understand that each person is unique, and each situation is unique.

Every patient I meet inspires me. Although I have been a reproductive endocrinologist for over 25 years, I learn something new from every single patient.

I love living in Colorado. In the summer, my family and I spend many hours on our road or mountain bikes enjoying the gorgeous Colorado scenery — the Tour de Steamboat is one of my all-time favorite rides! I also enjoy hiking with my dog. I have hiked many 14ers and hope to do a few more! In the winter, I like to do downhill and cross-country skiing. There is nothing that makes me feel more “Colorado” than snowshoeing 1 mile down the mountain to get my mail after a major snow fall.

I love to spend time with my family, especially in the outdoors: hiking, biking, snowshoeing. I also love to read outside of work (I am in two book clubs). As mother to three high-level athlete children, I’ve enjoyed accompanying them to national and international events over the years. With two of them being triathletes, I’ve spent many years as a “Sherpa.”

Several years ago, my son had been scheduled to compete in Ecuador for team USA hoping to earn a spot on the US Junior Olympic triathlon team. Following the race, the entire family was going to visit the Galapagos Islands, but he fractured his back during training. While we had to cancel the trip that time, I hope to see the beauty of the Galapagos with my family one day.

I am tenacious, meaning I will not accept anything but the best from myself, my staff, and most of all for my patients.

My accent continually surprises people. I was born in Scotland and spent my early childhood there. I then moved to the outskirts of Montreal and then to a suburb of Toronto. I did my initial medical training in Ontario, followed by moving to Kentucky for my fellowship training. I spent time there as a faculty member before eventually moving to Colorado. When I first moved to Colorado and people asked where I came from, they would look at me in disbelief when I said Kentucky! I must have the only Scottish/Canadian/Kentuckian accent with a Colorado flavor!